Does any of this sound familiar?

Well I've got some great news... As of today, that is finally going to change once and for all!

What is Rock Mastery?

Rock Mastery is your home for learning to play incredible rock music in the fastest, easiest, and most enjoyable ways ever created.

We offer a variety of training programs for every aspiring guitarist-from absolute beginners to more advanced players and everyone in between.

Led by head instructor Paulie Z, we have dedicated ourselves to bringing you the highest quality instruction programs in the world.

We take great pride in helping our students take their playing to all new levels faster than you may believe is even possible.

About Your Lead Instructor 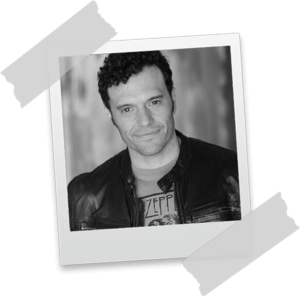 As a guitarist and singer Paulie Z has gotten to travel all over the world performing onstage alongside incredible artists such as KISS, Twisted Sister, Poison, Alice Cooper, Dave Navaro, and so many more, he's stopped counting.

Paulie has released numerous albums with his former band Z02, starred in a TV show based on his life as a musician and children's entertainer, hosted a wildly popular Podcast, has had multiple songs in big budget Hollywood movies, won numerous music awards, and has been asked to sing the national anthem before some of the largest sporting events in the country.​

And while that’s been an amazing experience, the thing that should matter to you is the fact that Paulie has been a guitar teacher for nearly 20 years. In that time He's taught thousands of students of all ages, ranging from 5 to 75 years old.

Paulie has spent a number of years reverse engineering the secret techniques that professionals use to learn new songs incredibly quickly, and rapidly improve their playing. Finally, he cracked the code, and was shocked when he saw that the answer was in front of him the entire time. Now, Paulie is excited to bring you the most revolutionary methods for learning and mastering rock guitar, ever discovered.​

What makes us different than everyone else?

There are a number of ways you can learn to play guitar, but sadly, nearly all students grow frustrated and nearly give up for several reasons: